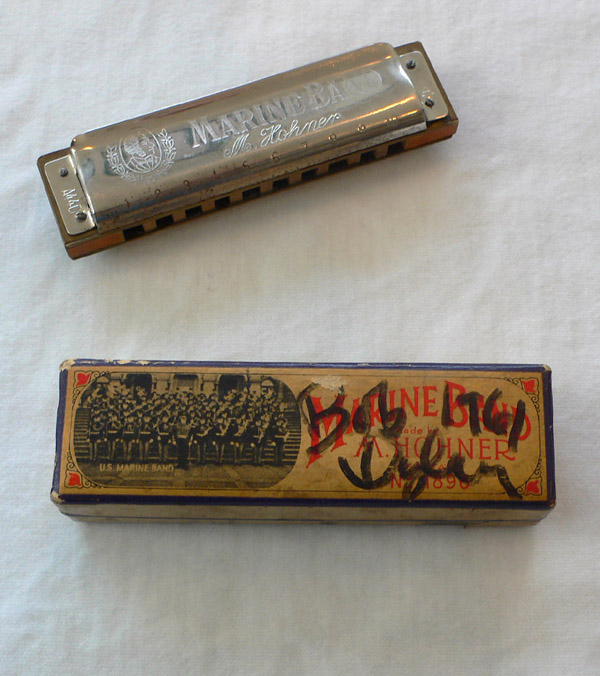 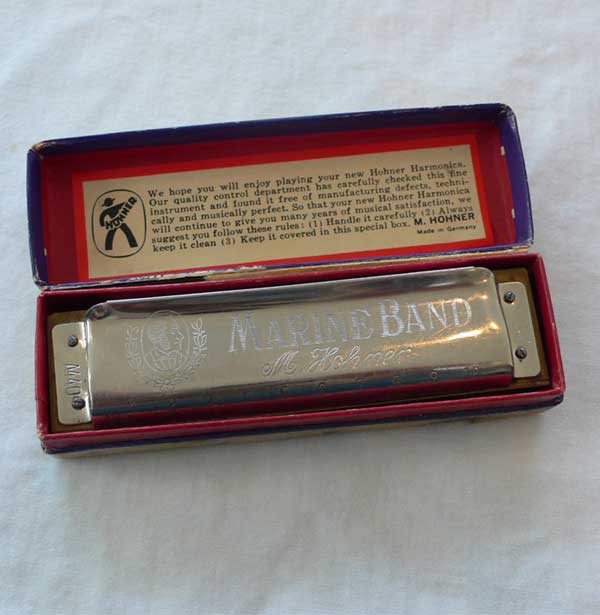 A Hohner Marine Band harmonica owned by Bob Dylan, and used on stage in New York City in 1961, with the original case, signed "Bob Dylan 1961." Dylan gave this harmonica to Peter McKenzie, the 15 year old son of Mac and Eve McKenzie while living with the family in their apartment on 28th Street in New York City.(br)The McKenzies took the broke and unknown Dylan into their family home soon after he arrived in New York, and he lived with them for a number of months. Young Peter bonded with Dylan, who he recorded him with the family tape recorder three times in family hootnannys (the legendary "McKenzie Tapes.) He also collected Dylan's earliest song manuscripts, many of which now reside in the Pierpoint Morgan Library in New York. The McKenzie family's relationship with Dylan is well documented in many Dylan biographies.(br)We have extensive experience collecting and researching Dylan, and we know of only one or two other signed items dated 1961 (and only two other Dylan owned harmonicas from this era, both in private collections.)(br)Accompanied by Peter McKenzie's signed letter of provenance. Extremely rare and desirable.