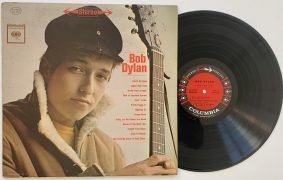 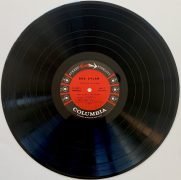 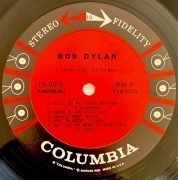 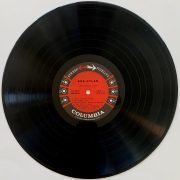 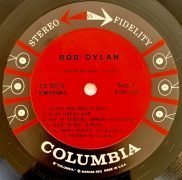 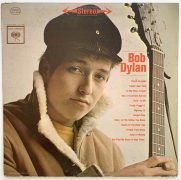 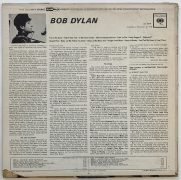 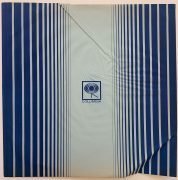 A stereo first pressing of Bob Dylan’s 1962 debut album, with the ‘six-eye’ Columbia label. Dylan’s first album sold very poorly on release, particularly in Stereo, which was at that time only appealed to the specialist/audiophile market.  Only the very earliest pressings of Dylan’s debut had Columbia’s ‘six-eye’ label, with the record company coincidentally changing their label design almost immediately after this album’s release.

This example is in VG+/VG condition; the cover is clean overall, with a small bit of paper missing in the bottom left corner of the back cover.  The disc is shiny, with some scuffing and marks, but nothing too serious.  Side 1 plays EX, and Side 2 plays VG+ with some pops and ticks for about 90-120 seconds, but no skips or jumps.