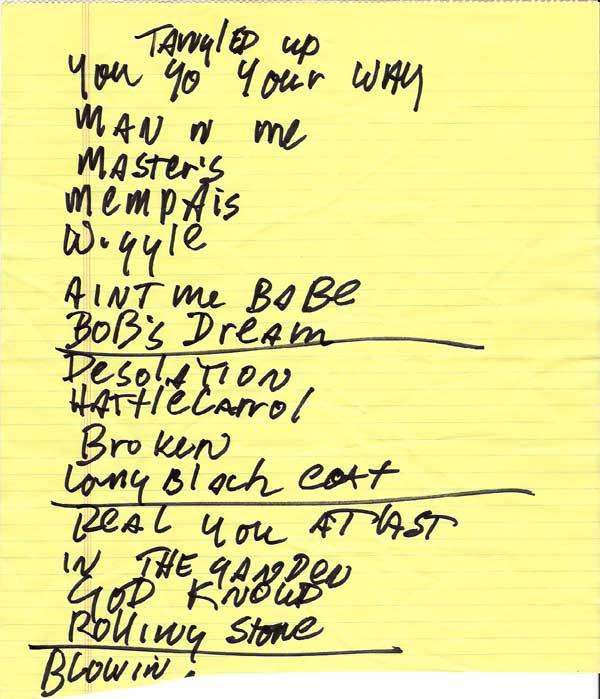 A concert set list in the hand of Bob Dylan, for one of 8 shows at London's Hammersmith Odeon during 1991. This was collected by Dylan's longtime guitar tech and sometime guitarist Cesar Diaz, who performed during these shows. Dylan is known to depart from his written set lists during concerts, but this one is very close to the songs performed during the February 8 concert. Very rare; 8.5" x 10." with a small piece at the bottom trimmed off.