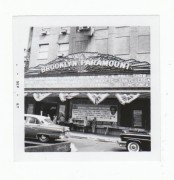 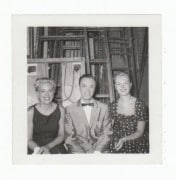 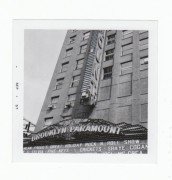 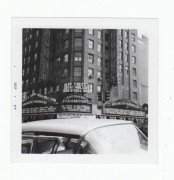 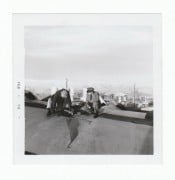 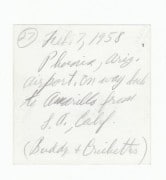 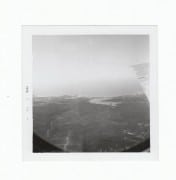 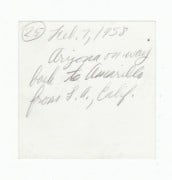 A set of six original snapshots taken by the great Buddy Holly while on tour with The Crickets in 1957 and 1958.  These are actual 1957 and 1958 prints, date stamped on the borders, and were made for an uncompleted scrapbook project Holly died before completing.  They come with a letter of authenticity signed by Holly’s widow, Maria Elena Holly, which states “Buddy Holly’s photos from Brooklyn.  A series of six b&w 3.5″ x 3.5″ snapshots taken by Holly during his trip to Brooklyn to appear in Alan Freed’s Great Holiday Rock ‘n Roll Show.  The images include shots taken by Holly through his airplane window, images of the exterior of the Brooklyn Paramount Theatre (showing The Crickets name on the marquee,) and a photo of Alan Freed with his wife and secretary.  These photos were intended for a scrapbook that Holly never got to complete.”  These were sold by Marina Elena Holly at Heritage Auctions, and according to pencil notes on the reverse (identified by Heritage as probably being in the hand of Holly’s brother Larry) the photo of the plane’s pilot on the wing and the one shot from the plane window were actually taken  on Feb. 7, 1958, while Buddy and the Crickets were in Arizona, on the way back to Amarillo from Los Angeles.  The photos are in mint condition, stored carefully by Ms. Holly since the late 1950’s.  A rare and historic Buddy Holly collectible.