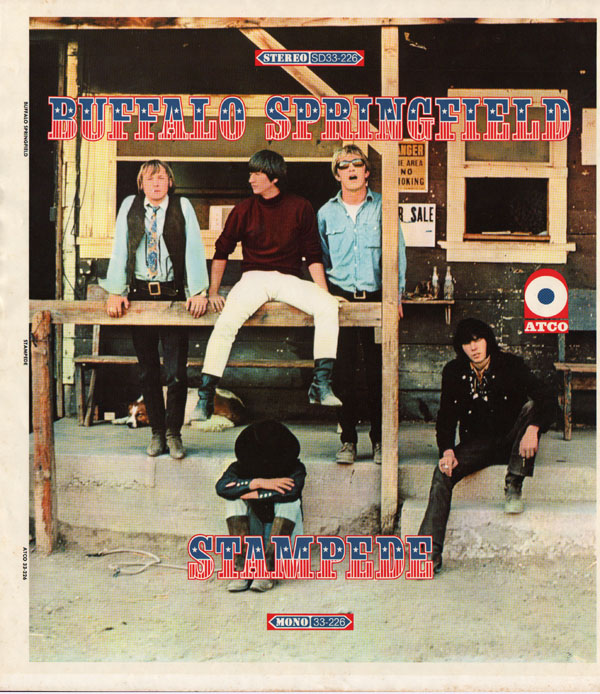 A very rare album cover slick for Buffalo Springfield's unreleased "Stampede" album. Stampede was to be the Springfield's second album, and Atco Records went as far as shooting an album cover and printing a limited number of cover slicks–but management and personnel issues cropped up, and the album was never finished. The band eventually did regroup and complete a second album, Buffalo Springfield Again. Bass player Bruce Palmer was stuck in Canada when the cover was shot, so a substitute with a hat obscuring his face was his stand in for the photo. This original slick is in Excellent condition, with some ultra minor rippling along the left border and barely noticeable foxing along the bottom border (neither affecting the image.) This is the nicest Stampede slick we've ever seen. 15 3/8" x 13 1/2." A very scarce and sought after Springfield and Neil Young collectible.