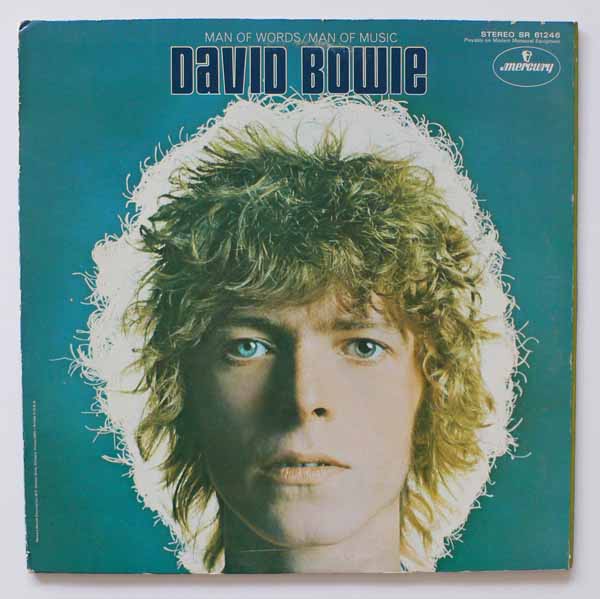 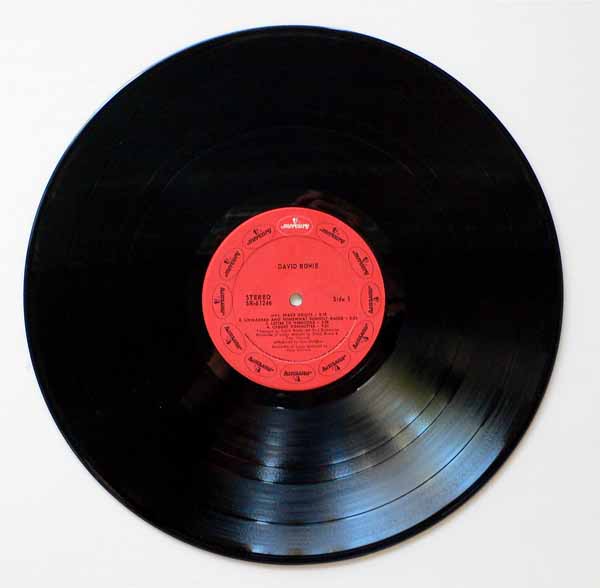 A beautiful, barely played US copy of David Bowie's 1969 second album, "Man of Words, Man of Music." This album contained the song that would hit around the world (except for the US,) "Space Oddity." The album was a total flop in the US, making this highly collectible. In 1972 when RCA re-released "Space Oddity" in America, it was a hit, and they re-released this album with a different cover and title ("Space Oddity" too.) The mint/near mint disc here shows no signs of play save for one small, silent mark. The gatefold cover has the lightest of wear, as well as some small chipping to the spine–but as you can see is overall extremely clean–call it NM–. A nice copy of a rare and excellent album.