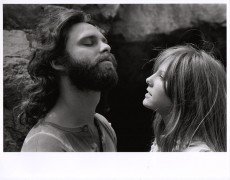 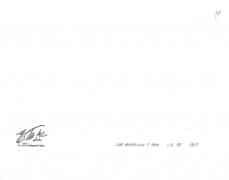 An original 11″ x 14″ photograph of Doors frontman Jim Morrison and girlfriend Pamela Courson in Hollywood’s Bronson Canyon, by celebrated photographer Edmund Teske. This is a hand printed photograph, 11″ x 14″ and in mint condition, with Teske’s studio stamp on the reverse.

Edmund Teske was a highly regarded fine art photographer who photographed The Doors and Jim Morrsion in 1969 and 1970. His work was exhibited at major galleries and museums including the Museum of Modern Art in New York, The Art Institute of Chicago, The Pasadena Art Museum, The San Francisco Museum of Modern Art, and a one man exhibition at Los Angeles’ J.Paul Getty Museum. His images appear on The Doors’ “American Prayer” and “13” albums. A rare and beautiful original print.