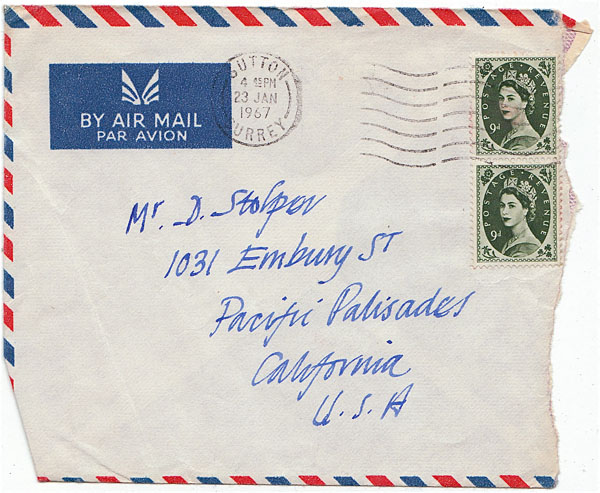 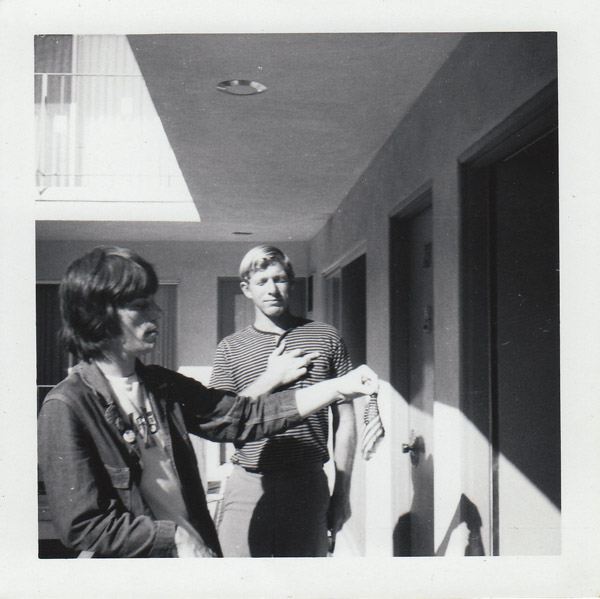 A letter from Jeff Beck to his Los Angeles friend Darryl Stolper, dated January 19, 1967; thanking him for sending Beck a Junior Wells album ("It's My Life, Baby"), commenting on Albert King's "Crosscut Saw," and giving Stolper tips on how to play Elmore James songs. Stolper befriended Beck when the latter was in L.A. during a Yardbirds tour, and Stolper introduced Beck to Mary Hughes (who became Beck's girlfriend, and who he sings about in the Yardbirds song "Psycho Dasies.") Beck and Stolper became close friends, with Beck often visiting Stolper in Pacific Palisades, CA; and the two corresponded regularly. Beck tried in vain to teach Stolper guitar, and this letter is, in effect, a long distance guitar lesson. It dates from just after Beck left the Yardbirds, and was forming the Jeff Beck Group (he signs off saying he's busy recording at the moment.) The letter is in excellent condition, written in fountain pen on thin paper, measuring 5 3/8" x 7". The original postmarked envelope is included, as is a reproduction of a photograph of Stolper (flipping the bird !) and Beck outside Beck's motel room, circa 1966 (notice Beck is wearing a shirt with the Yardbirds logo.) A truly historic Jeff Beck collectible, with unbeatable content. We obtained this directly from Darryl Stolper, and a copy of his letter of authenticity (outlining his history with Beck) is included. As with everything we offer, guaranteed authentic with no time limit.