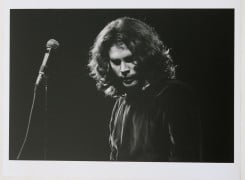 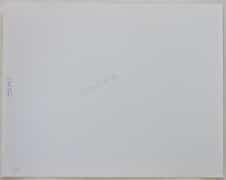 An original 11″ x 14″ photograph of Doors frontman Jim Morrison performing live with The Doors at Hunter College in New York, in 1968, by legendary photographer Elliott Landy. This is a hand printed photograph, 11″ x 14″ and in near mint condition.

Elliott Landy has shot many famous artists and numerous album covers including Bob Dylan’s ‘Nashville Skyline,” Van Morrison’s “Moondance” and The Band’s self-titled second album. The print has a handwritten “Elliott Landy” copyright line on the back, though we can’t be sure if Landy himself wrote this.  In any case a beautiful image. (Of course we are selling only the print here; the copyright is owned by the original photographer.)