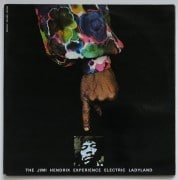 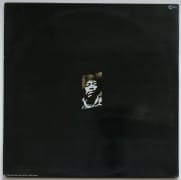 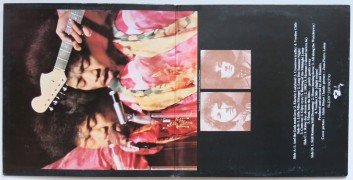 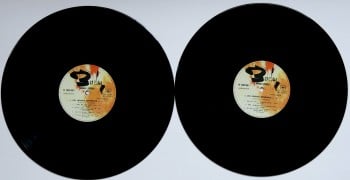 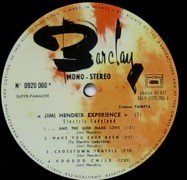 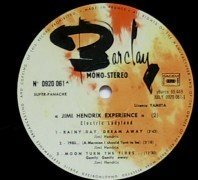 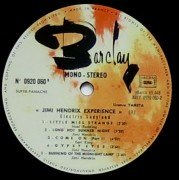 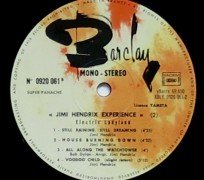 A beautiful NM-/Mint to NM French pressing of Jimi Hendrix’s masterpiece, the double album Electric Ladyland.  Hendrix’s French label, Barclay, created their own album covers for Hendrix’s albums, and while they’re all beautiful this has long been our favorite.  Note that while the inside of the gatefold is similar to the UK release, the photo of Hendrixis unique to this edition as well.

This is a 1960’s pressing, with the second label variation; it has the publishing rights designation SACM on the labels, while the earliest pressings have BIEM instead.  A beautiful example of a scarce and wonderful Hendrix album.