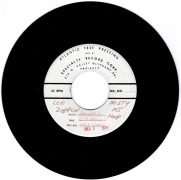 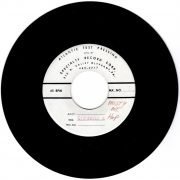 An impossibly rare Atlantic Records test pressing of Led Zeppelin’s 1971 single “Misty Mountain Hop” (issued as the B-side of “Black Dog”) backed with a differently mastered version of the same song, dated December 2, 1971. This was likely produced so a choice could be made between the two different cuts by the mastering engineer, identified as versions 1 and 2.

This test pressing was made at the Specialty Records pressing plant in Olyphant, Pa.  The handwritten matrix numbers are:

In Near Mint condition.  One of only three Led Zeppelin test pressings we’ve offered.