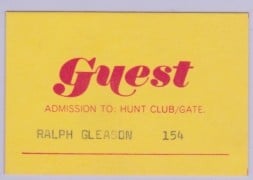 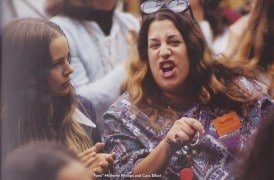 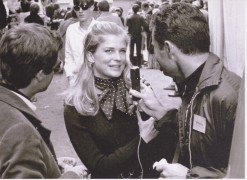 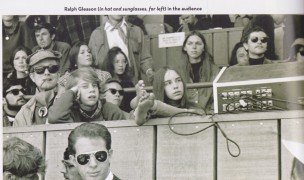 An extremely rare original backstage pass from the 1967 Monterey Pop Festival–one of only three we know to have survived.  This legendary three day festival featured the first US performance by the Jimi Hendrix Experience, the first West Coast show by The Who, and performances by the Grateful Dead, Simon & Garfunkel, The Byrds, Buffalo Springfield, Jefferson Airplane, Otis Redding, Eric Burdon and the Animals, Ravi Shankar, the Mamas and the Papas, and many more. And as a result of their performance at the festival, Columbia Records signed Big Brother and the Holding Company (with Janis Joplin). And of course, the festival was filmed and became a classic documentary.

This pass came from the archive of the late Ralph J. Gleason, co-founder of Rolling Stone magazine, and arguably the most influential music critic ever. Gleason joined the San Francisco Chronicle in the 1950’s, as the first full time music critic at a daily newspaper, and was instrumental in lending important early support to artists as varied as John Coltrane, Hank Williams, and Bob Dylan. Gleason also played a critical roll in putting together the Monterey Pop Festival, convincing the skeptical Bay Area groups to play a festival organized by the Mamas & Papas manager Lou Adler and leader John Phillips, and play alongside (at that point) primarily L.A. groups.

There were at least three different kinds of backstage passes for Monterey Pop; Guest Passes such as this one, and passes for Artists and the Press. Each measured 2” x 3” and were worn inside a clear plastic pin back holder. The photos below (from Harvey Kubernick’s A Perfect Haze: The Illustrated History of the Monterey Pop Festival) show, in order, Mama Cass’s sister Leah wearing an identical Guest Pass, Mama Cass with an Artist Pass, Eric Burdon with an Artist pass, Candice Bergen being interviewed by a reporter with a Press pass, and lastly, Gleason himself (in sunglasses and his trademark deerstalker hat) at the Festival.

A possibly unique opportunity to obtain arguably the rarest and most desirable backstage pass ever! With Recordmecca’s lifetime guarantee of authenticity.