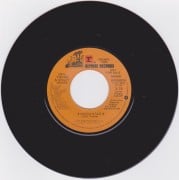 Neil Young’s handwritten lyric manuscript for his song “Opera Star”, which appeared on his 1981 album with Crazy Horse Re-ac-tor, and was issued as the A-side of the a single from the album.  This manuscript was exhibited at the National Music Centre of Canada in 2018, as part of a Neil Young exhibit.

Rolling Stone magazine listed “Opera Star” as #14 on it’s list “20 Insanely Great Neil Young Songs Only Hard Core Fans Know” and noted “Re*act*tor remains one of the most underrated albums in Neil Young’s catalog. Recorded with Crazy Horse just two years after the Rust Never Sleep tour, it kicks off with “Opera Star,” the story of a fu#k-up that learns he’s not meant for the world of high art. “You were born to rock,” Young sings. “You’ll never be an opera star.” The song came out of a long hibernation last year (2013) when Young toured Australia with Crazy Horse.”

The provenance is best explained by the included letter of authenticity from longtime Neil associate Joel Bernstein:

“This letter is to authenticate Neil Young’s handwritten lyric manuscript to his song “Opera Star”. Neil gave this to me not too long after recording the song on December 8, 1980.

I photographed Neil Young for the first time at his first East Coast show with Crazy Horse, at the Bitter End in New York City, in February 1969. I went on to work with Neil extensively, as both his and CSNY’s tour photographer, and shooting him for eighteen of his album covers (including After The Gold Rush, Harvest, Time Fades Away, Tonight’s The Night, Decade and Rust Never Sleeps) plus numerous other official projects including publicity, advertising, songbooks, posters, et al. On various tours from 1973-1993, I also worked with Neil as his guitar technician; and served as his archivist for 20 years, researching and presenting him with every source for audio, artwork and text used in his massive box set Archives Vol. 1 1963-1972.

During the course of working for Neil, he gave me various acetates, test pressings, set lists and other memorabilia. Neil knew I was a collector and he wasn’t, so once he was done with things like this, instead of throwing it away, he often gave it to me. This is from my personal collection. Sincerely, Joel Bernstein”

Neil Young owns most of his original lyric manuscripts and to our knowledge only two others have been offered for sale publicly (one by us). A museum-quality Neil Young collectible with exceptional provenance.  (Included is a copy of the “Opera Star/Surfer Joe and Moe the Sleaze” 45, documentation from the National Music Centre of Canada, our written lifetime guarantee of authenticity, and Bernstein’s letter of authenticity.)