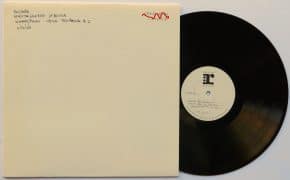 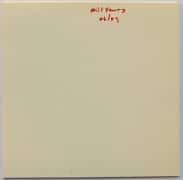 A very rare test pressing of Neil Young’s “After the Gold Rush” album, owned by Young himself and given to a longtime associate.

The provenance is best explained by the included letter of authenticity from Joel Bernstein:

“This letter is to authenticated a a test pressing of the 2009 reissue of Neil Young’s album “After the Gold Rush”, pressed at Pallas Manufacturing in Germany.  I was working for Neil aat the time and approved this on his behalf.

I photographed Neil Young for the first time at his first East Coast show with Crazy Horse, at the Bitter End in New York City, in February 1969. I went on to work with Neil extensively, as both his and CSNY’s tour photographer, and shooting him for eighteen of his album covers (including After The Gold Rush, Harvest, Time Fades Away, Tonight’s The Night, Decade and Rust Never Sleeps) plus numerous other official projects including publicity, advertising, songbooks, posters, et al. On various tours from 1973-1993, I also worked with Neil as his guitar technician; and served as his archivist for 20 years, researching and presenting him with every source for audio, artwork and text used in his massive box set Archives Vol. 1 1963-1972.

During the course of working for Neil, he gave me various acetates, test pressings, set lists and other memorabilia. Neil knew I was a collector and he wasn’t, so once he was done with things like this, instead of throwing it away, he often gave it to me. This is from my personal collection. Sincerely, Joel Bernstein

The test pressing is in Mint condition, with pressing details written in ink on the Side 1 custom Reprise test pressing label.  Obviously extremely rare with unique provenance.  Guaranteed authentic with no time limit.