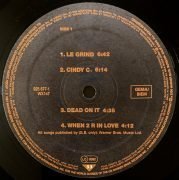 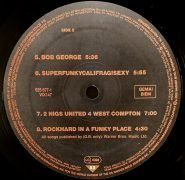 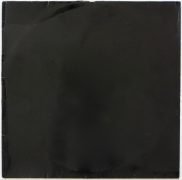 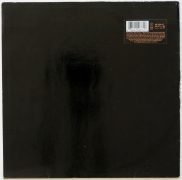 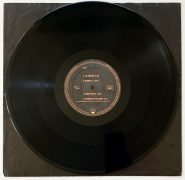 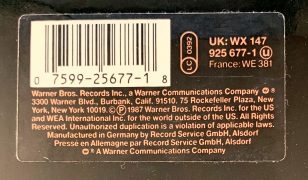 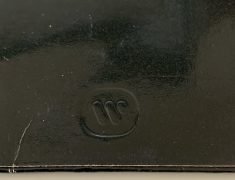 According to the comprehensive website The Black Album Info, “Of the 500,000 German copies known to have been pressed, around 50 records are likely to have escaped destruction.”  This is one of those ultra rare copies, literally saved from destruction in an incinerator (more below).

Recordmecca’s Jeff Gold is a former Warner Bros. Records executive vice president/general manager who worked closely with Prince.  He has located and sold a majority of the authentic copies of The Black Album to have surfaced, including five sealed copies owned by a former Warner Bros. executive (the last of which sold in 2018 for $42,298.) and the only known Canadian Black Album (which sold for $27,500.)

Prince cancelled The Black Album one week before its planned release in December 1987; and paid for the destruction of more than 500,000 copies that had already been produced.  In the 30 years since, fewer than ten original U.S. copies of the vinyl LP have surfaced.

We obtained this German first pressing from a Danish woman who related the following story in her included letter of authenticity:

“In the late 80’s, my father had a temporary job at Vestforbraending, an incinerator in Copenhangen.  There he found a box with records/albums that were supposed to be destroyed…[he] took some random albums to give them to me since I had a record player, but not many albums.  Among these was Prince’s Black Album.”  She continues at length, noting that many years later her son-in-law saw the album in her collection, and told her it was very rare, leading to its sale to Recordmecca.
The Black Album is perhaps the most bootlegged album of all time, with extremely convincing European counterfeit copies confusing many collectors.  This authentic copy has all of the hallmarks necessary to confirm a Black Album is authentic, including:
The disc on this copy plays virtually Mint with no issues at all, and is visually in VG+/VG+(+) condition.  It is very shiny, but there are numerous superficial scuffs from being stored outside the innersleeve.  There are a few non-feelable scuffs, none of which are remotely audible.  The labels are in excellent condition with some light spindle marks when viewed directly under incandescent light. But once again, the album sounds great.
The album cover is in VG+ condition, with some creasing to the delicate black surface coating.  There is a 1/2″ area of very minor splitting to the spine affecting the letters “UK: WX” but the rest of the catalog number is clear.  There is a 1 1/4″ area of splitting to the top spine that affects the letters “X 147 925 677” but “UK:W” is clear (see the  close-up photos here).  The sticker is in excellent condition, and the embossed “W” clear.
The all-black custom innersleeve is in VG+ condition with some creasing and splits on three sides, easily repaired if you wish.
An extraordinary opportunity to obtain a very rare and desirable Prince collectible.  With the email from the original owner describing it’s provenance, and Recordmecca’s written lifetime guarantee of authenticity, signed by Jeff Gold.