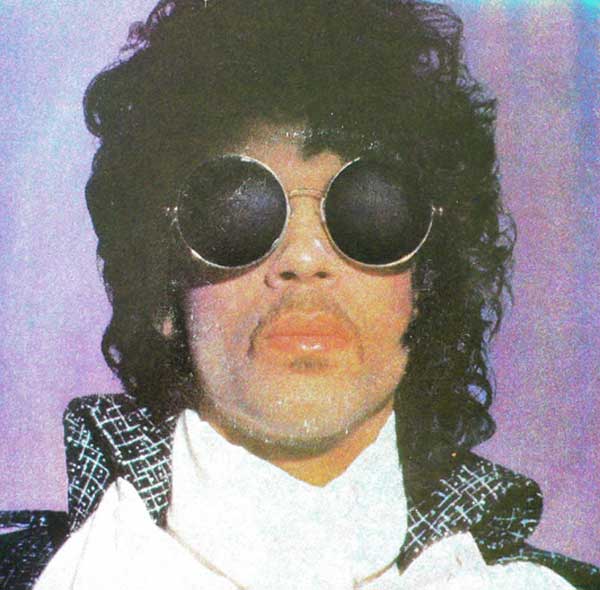 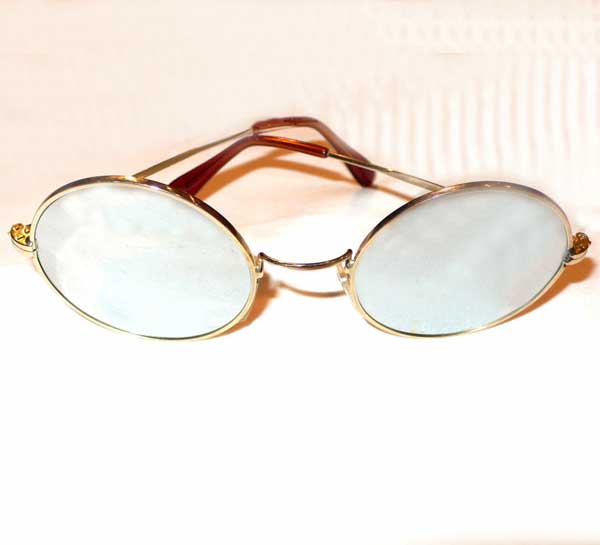 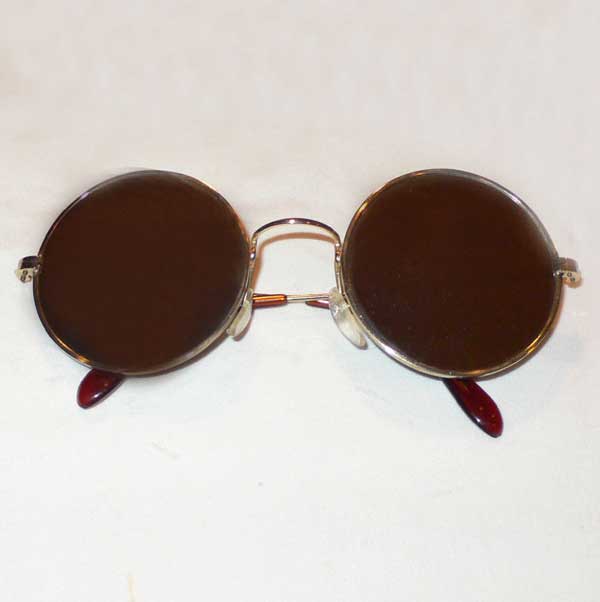 A pair of mirrored, gold-framed glasses worn by Prince during the filming of "Purple Rain" and on the cover of the "When Doves Cry" picture sleeve. Prince is seen wearing these glasses during the "Take Me With You" scene in his classic film "Purple Rain", while riding his motorcycle in the country with Appolonia on the back (approximately 22 minutes into the film.) Prince also wore these on the picture sleeve of his #1 single "When Doves Cry." These glasses are mirrored, but lose their reflectivity when light is shined directly at them (see the picture sleeve illustrated here.) These are one of a few identical pair worn in the film and on the Purple Rain tour, and were given to a member of Prince's band, The Revolution, at the conclusion of the tour. They are accompanied by a signed letter of authenticity from the band member. Also see Prince's gold cross from the film & tour elsewhere on our site.