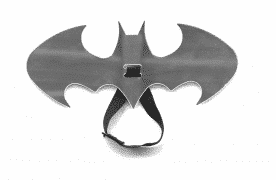 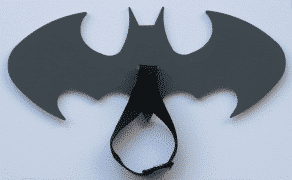 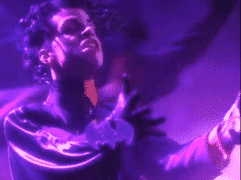 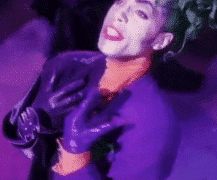 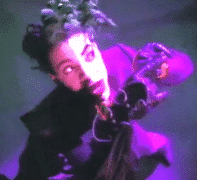 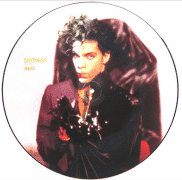 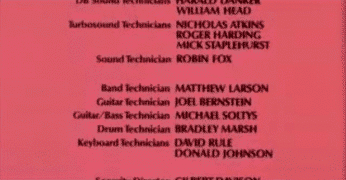 An original custom-made Batman mirrored wristband, made for Prince and worn by him during concert performances.  We obtained this directly from Prince’s former guitar technician and occasional photographer, Joel Bernstein, who kept it in his personal collection from the time he worked with Prince.  Bernstein is a legendary music photographer, Neil Young’s longtime archivist, and a respected guitar expert who on occasion worked as a guitar technician for some of the greatest musicians ever, including Bob Dylan, Joni Mitchell, Neil Young, Crosby Stills Nash & Young, and Prince. His photographs have graced album covers for Dylan, Young, Mitchell, CSNY, Jackson Browne, Bruce Springsteen, Tom Petty and many others.

Bernstein details its history in his accompanying letter of authenticity:

This letter is to authenticate a mirrored bat symbol wristband worn by Prince, in concert and during photo shoots in the Batman era. Prince can be seen wearing near identical bat symbols on his coat and wrist in the Batdance video.
I worked with Prince from 1987 through 1991, as his personal guitar technician for concerts and recording, and occasionally as his photographer. This period included Sign O’ The Times, Lovesexy, the Batman soundtrack, and My Name is Prince. This is from my personal collection. (Signed) Joel Bernstein.”
Bernstein explained a number of these were made for Prince with a more substantial elastic wrist attachment than the one in the “Batdance” video, so they could be worn during Prince’s energetic stage performances.  While a small number of these have been offered for sale (including a few by Prince at his long-defunct NPG store in Minneapolis), this exact one was worn on stage by Prince, obtained directly from one of his close associates, and is accompanied by his letter of authenticity.
Recordmecca’s  Jeff Gold is a former executive vice president/general manager of Warner Bros. Records, who worked closely with Prince during the 1990’s, and art directed numerous album covers for him, including “Diamonds & Pearls”, “Love Symbol” and “The Hits/The B-Sides”. Gold’s account of working with Prince can be seen at Recordmecca.com/Blog. Gold has written a second letter of authenticity on his Warner Bros. stationary.
An exceptional Prince collectible with superb provenance, and Recordmecca’s written lifetime guarantee of authenticity.
(See our other listings for a second, more affordable example, which may or may not have been stage worn; acquired as part of a group of Prince/NPG stage worn clothing,  from the collection of a former Paisley Park employee.)