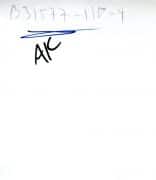 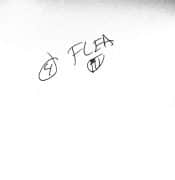 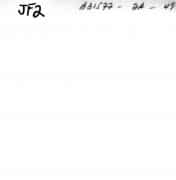 A beautiful set of four original 11” x 14” black and white photographs of the Red Hot Chili Peppers, taken in 2002 by famed artist/film director Julian Schnabel. Schnabel created the artwork and photographs for the Chili Peppers album By The Way (his daughter Lola is pictured on the album cover and was dating John Frusciante at the time). Each Chili Pepper–Anthony Keidis, Chad Smith, Flea and John Frusciante— has written his initials on the back of his own photograph, indicating he approves of it’s use and publication.

These are beautiful hand printed photographs made from the original negatives, not mass produced, and were part of a group of photographs sent to the Chili Peppers to approve. The initials—and in Flea’s case, his name— is all original writing in pen.  We obtained these from longtime Chili Peppers employee and former Road Manager Louie Mathieu, and they come with Recordmecca’s written lifetime guarantee of authenticity.  A beautiful set of Chili Peppers photographs.