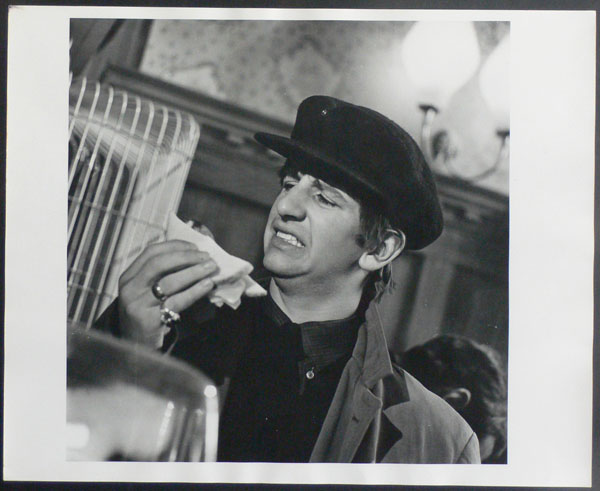 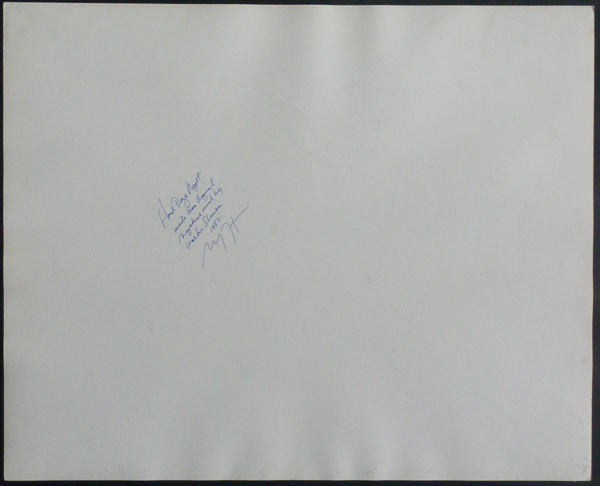 A striking 16″ x 20″ photograph of Ringo Starr of The Beatles confronting a sandwich, taken on the set of “A Hard Day’s Night” and printed in 1982 from the original negative. Well known record executive Jeff Ayeroff was hired by producer Walter Shenson to create the visuals for the 1982 re-release of The Beatles first film. At the time he had a group of high quality photographic prints made from the original location photographs shot during the making of the film. These photos have never been reprinted, and this one, from Ayeroff’s personal collection, is outstanding. Ayeroff has signed it on the back “Hard Day’s Night made from original negative used by Walter Shenson 1982, Jeff Ayeroff.” In near mint condition, with some dings to the corners, but a beautiful unblemished image surface.