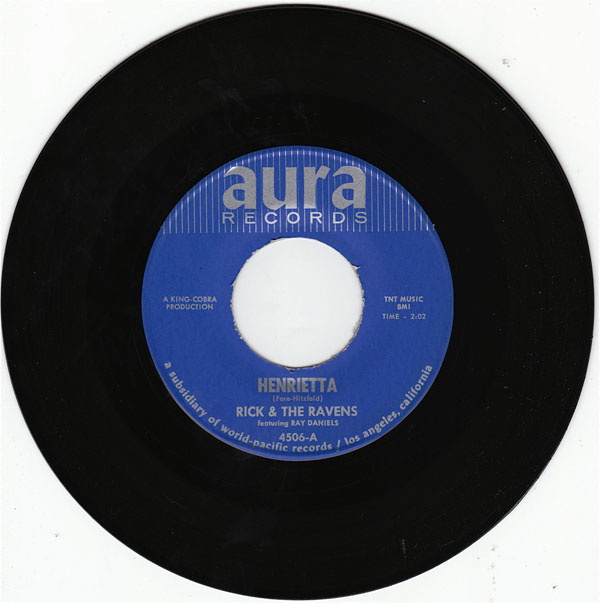 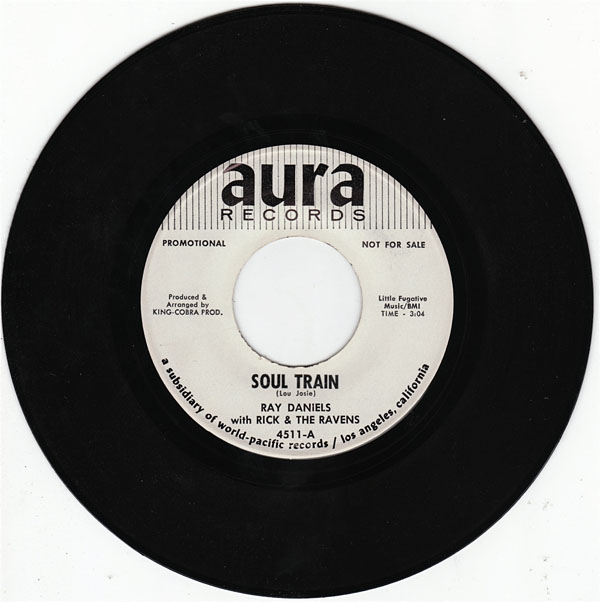 The first two of 3 singles by Rick & the Ravens, Ray Manzarek's band just prior to forming The Doors (Rick was his brother Rick Manczarek; Ray later dropped the "c" from his last name.) "Henrietta/Just For You" and "Soul Train/Geraldine" were both released by Aura Records in 1965; and neither had any success. While a member of the Ravens Manzarek, then using the name Ray Daniels, teamed with John Densmore and Robby Kreiger of the Psychedelic Rangers and Manzarek's UCLA film school friend Jim Morrison to form The Doors (in fact the first Doors demo was recorded with a reconstituted Rick & the Ravens lineup.) Both of these singles are scarce indeed, and both are in Near Mint condition (Geraldine is a promo copy.) Read the complete story of Rick & The Ravens here: ( http://en.wikipedia.org/wiki/Rick_%26_the_Ravens ).