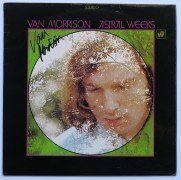 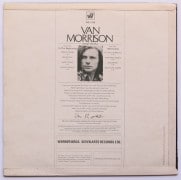 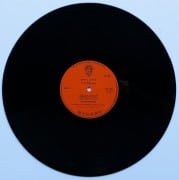 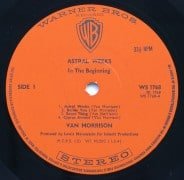 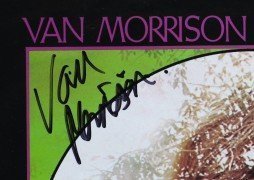 A boldly signed UK first pressing of Van Morrison’s 1968 masterpiece Astral Weeks on Warner Bros. Records.  UK orange-label first pressings (with the laminated front cover and rear flipbacks) are highly sought after, and have sold for more than $1000 in mint condition.  This example, signed in black Sharpie on the front cover, is in EX/EX condition and plays great throughout, with just a bit of surface noise at the beginning of two songs on Side Two.  Exceptionally rare signed.  With Recordmecca’s written lifetime guarantee of authenticity.