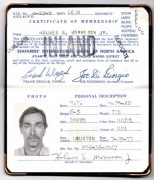 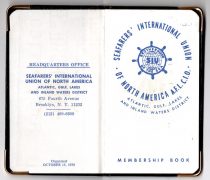 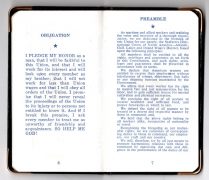 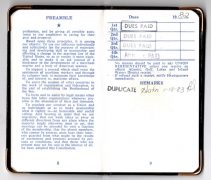 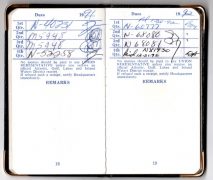 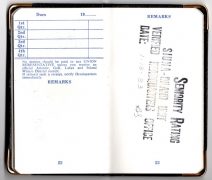 The Seafarers International Union represents professional United States merchant mariners sailing aboard U.S.-flag vessels in the deep sea, Great Lakes and inland trades.  Morrison would have carried this booklet when working aboard boats.

This book was issued in Houston and is dated January 18, 1983.  There are fifteen stamped pages indicating Morrison paid union dues for the years 1982 through the third quarter of 1994.  It’s notable that Morrison paid dues throughout 1993, when the Velvet Underground reunited and toured Europe to great acclaim, and his last dues were paid for the third quarter of 1994.  Late that year Morrison was diagnosed with non-Hodgkins lymphoma, which claimed his life in August 1995.

We acquired this document from Sterling Morrison’s widow, Martha Morrison; her letter of authenticity is included, as is Recordmecca’s written lifetime guarantee of authenticity.  A one-of-a-kind Velvet Underground collectible.