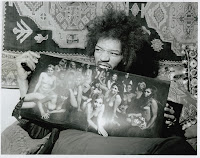 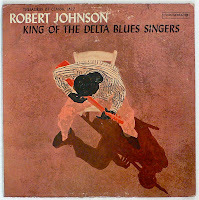 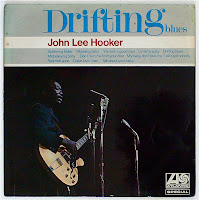 If I had to pick one artist who’s music meant more to me than any other, it would have to be Jimi Hendrix.  I began obsessively collecting Hendrix records in 1971, and my desire to have everything Jimi led to a lifetime’s journey of collecting and working in and around music.

In June, 2000 I attended the opening of Seattle’s Experience Music Project (the music museum Microsoft co-founder Paul Allen founded.)  Their collection of memorabilia—including clothes worn and guitars played by Jimi—was astounding.  But the thing that touched me the most was a display of albums from Hendrix’s own record collection.  These were a dozen or so albums, mostly blues, which Jimi had owned and which clearly had inspired him.  It felt like I was looking at talismans, things that held whatever could be contained of Hendrix’s mojo.

And so when another group of 21 of Hendrix’s own albums came up at auction—consigned by Kathy Etchingham, Jimi’s longtime girlfriend—I resolved to do everything I could to buy them.  These were included in a 2001 sale at Bonhams, the UK auction house, titled “The Jimi Hendrix Experience Auction.”  Readers of this blog know I am obsessed with issues of authenticity.  But this was the rare auction put together by Hendrix experts with the participation—and consignments from—Kathy Etchingham, the only person Hendrix lived with during the Experience years.  So I went for it !

A few weeks later, my hands trembled as I unpacked the Fedex box from London which contained my new treasures.  These were what we collectors called “well loved records.”  They had been played many times and were covered with marks and fingerprints.  Ordinarily the first thing I would have done was clean them—but these were Jimi Hendrix’s records—cleaning them would be heresy.  So I carefully sleeved them, put the discs in new inner sleeves (keeping the old ones of course), and marveled.  (con’t below.) 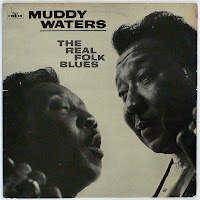 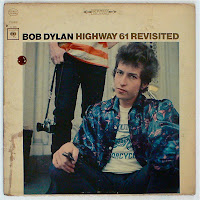 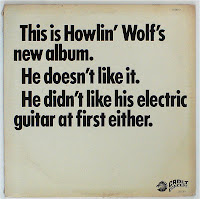 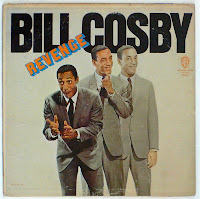 I thought people might enjoy knowing—and seeing—what Jimi was listening to during his London years.  The collection I purchased included Jimi’s copies of these albums:

Overall, there were a few surprises, but if you’re a Jimi fan, the blues albums, Dylan, Ravi Shankar and jazz titles make perfect sense.  Being a research obsessive, I’ve managed to find a few photos of Jimi with these actual albums.  And if you’re in Los Angeles,  the Grammy Museum currently has an exhibit of Jimi, Janis Joplin and Doors memorabilia, to which I’ve loaned 2 of Jimi’s blues albums and a photo of him holding them (above.) 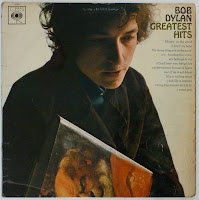 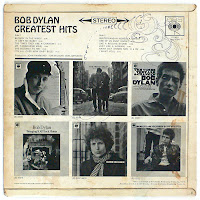 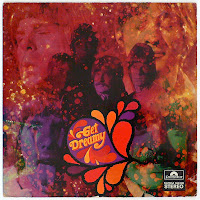 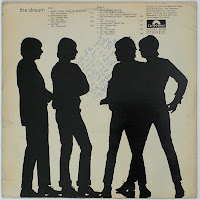 Non-record collector nerds can now navigate to another site—or go to Amazon and buy some of these records if you don’t have them.  Below are some notes for my fellow obsessive/compulsive collectors.

-Record collectors have long seen copies of “Electric Ladyland” with the inside gatefold type in blue offered as “first pressings.” I’ve never believed it.  The blue type copies I’ve seen are all printed slightly out of register, leading me to conclude the blue is nothing more than a printing error.  The fact that Jimi’s own copy has the white type further confirms this.  I think it’s a logical assumption that the artist would have a first pressing, don’t you ?  By the way, though it looks like he’s biting “Electric Ladyland” in the photo above, he’s just resting his teeth on it. Sorry, no tooth marks.  But some other flaws visible on the cover can be seen on the copy in this collection.

-The copy of “Bob Dylan’s Greatest Hits” has some psychedelic doodling on the back, clearly by Jimi.  Somehow Bonhams didn’t notice this for the auction description—a very happy discovery for me.

-The copy of Dylan’s “Highway 61 Revisited” has some of Jimi’s blood on the cover—according to Etchingham, the result of a wine glass accident.

-The rarest album in the bunch was “Get Dreamy” by The Dream, a 1967 LP by a Norwegian psychedelic quartet.  This album featured what has to be the earliest ever Hendrix tribute, their song “Hey Jimi” (Hendrix’s debut single, “Hey Joe” was first released in December 1966.)  This copy was inscribed to Jimi by Dream guitarist (and later celebrated ECM jazz guitarist) Terje Rypdal, who wrote “With all the respect we can give a fellow musician, we wrote “Hey Jimi” as a tribute to you.  We hope you like it and enjoy the rest of the LP too.  On behalf of the Dream, Terje Rypdal.”  In 2005 I googled “Terje Rypdal” and “Jimi Hendrix” and found an interview where Rypdal mentions sending a copy of the album to Hendrix through a friend of a girlfriend of Jimi’s, but never being sure it got to him.  I found an email address for his manager and sent him a message that the album had indeed found it’s way to Jimi, and got a message back that Terje was thrilled to know that Jimi had received it—and letting me know that if I ever wanted to sell it, “mail us first !!!!!”  However, this one’s not going anywhere !

that very first pic up there, at the stereo, in the larger version of that pic there's a lenny bruce album as well as Dylans "John Wesley Harding" propped up under the chair he's sitting on. As well all well know too JWH had the song "All Along The Watchtower" on it 🙂

Found this through Expectingrain.com; thanks for sharing this – it's a truly marvellous collection you have.

Everyone seemed to know you had them, but it was even more enjoyable seeing them and reading about some of the stories behind them. Thanks for sharing.

Very cool to read about Dream & Terje Rypdal sending the Get Dreamy LP to jimi. Rypdal is a living legend here in Norway! Seen him many times in concert.

There's a spot of his blood on Highway 61. You could clone Jimi Hendrix.

Your post is really interesting, you have your own ideas, i love reading it. Thanks for such a cool blog. Damiana