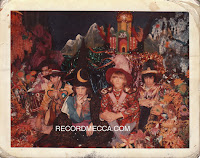 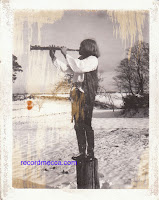 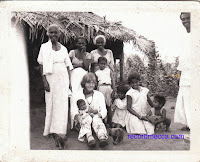 Happy new year everyone ! Sorry I’ve been slow on the posts, but here are some photos that will hopefully make up for it. These are one-of-a-kind Polaroids of the Rolling Stones and their founder, Brian Jones, that came from the collection of Linda Keith. Linda Keith was a girlfriend of both Jones and Keith Richards, and had another, very important role in the history of rock.

While the Stones were touring America in 1966, Linda Keith (a blues fan) wandered into a Greenwich Village club and saw “Jimi James and the Blue Flames.” James was, of course, Jimi Hendrix and Keith was extremely impressed by his guitar playing. She befrended Hendrix, and set about to help him get a record deal. She took Stones manager Andrew Loog Oldham and Sire Records founder Seymour Stein to see Hendrix, but neither “got” him. She didn’t give up, however, and next took Animals bass player Chas Chandler to see the guitarist. Chandler was blown away, and quickly signed Hendrix to a management contract and took him to England–and the rest is history.

These first of these photographs was taken at the famous session for the Stones psychedelic masterpiece “Their Satanic Majesties Request”–it’s the only outtake from that session I’ve ever seen. Michael Cooper took the photograph for the album cover, and this was a test polaroid he took during the session. The other two photos were taken during a trip Keith took with Jones to Sri Lanka in the late 60’s. All three are unpublished and to my eye, pretty fantastic.

Brian Jones was the visionary who put the Rolling Stones together, but because he wasn’t a singer or songwriter his critical contribution to the band is often overlooked. If you don’t know about him, check out his Wikipedia page: http://en.wikipedia.org/wiki/Brian_Jones

And while “Satanic Majesties Request” is often written off as the Stones failed attempt to answer “Sgt. Peppers,” I think it’s one of their best albums (and certainly their most adventurous.) I know I’m out of the mainstream here, but “Sgt. Peppers” was never my favorite Beatles album–important yes, but never one I listened to very much. “Satanic” for whatever reason has compelled me since it’s 1967 release–it’s certainly darker and more psychedelic than the Beatles album–maybe that’s got something to do with it. I’m listening to it as I write, and it still sounds adventurous and classic 41 years later. If you don’t know it, check it out on iTunes, where you can listen to the first 30 seconds of each song free.

Give it a shot–if you’re a fan of psychedelic rock, I don’t think it gets better than this.

This opinion isn’t uncommon these days.

Great blog, one of the few worth checking out!