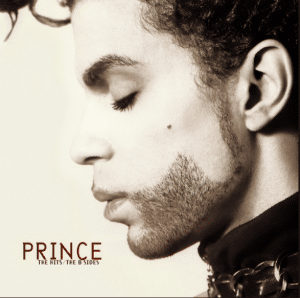 As I previously wrote, I had the great fortune to work with Prince during the 90’s, while an executive at Warner Bros. Records. I art directed a number of his album covers (pictured throughout this post*) and oversaw much of the marketing for his records. We weren’t friends by any means; nobody at Warner Bros. was personally close to Prince. But we did have a good working relationship (which was rare), and spent time together. Since his passing, I’ve been thinking about him a lot.

Genius is a pretty overused word these days. True geniuses are very few and very far between. But Prince was a stone cold genius, the only one I ever knew.

I don’t think there has ever been a musician and performer remotely as talented as Prince. He was an incredible singer and songwriter. A dancer on the level of James Brown or Michael Jackson. Definitely one of rock’s greatest guitarists. And without a doubt, one of the best live acts ever. The clips that surfaced from his last ‘Piano and a Microphone’ show, a week before his passing, show he was still at the top of his game.

He was also an extraordinary record producer and arranger, who played 27 instruments, many of them at virtuoso level. My friend Joel Bernstein, once Prince’s guitar tech, told me even as a studio bass player, he was one of the best ever.

Add to that label owner and highly successful A&R executive, who developed, produced, and wrote hits for numerous artists including The Time, Vanity 6, Shelia E, The Family, The Bangles, Sheena Easton and many others. And a pioneer in direct marketing and unorthodox distribution of his music, with his NPG Music Club, retail store, cd giveaways, etc.

A few days after Prince died, Howard Stern perfectly summed up his singularity, saying Prince was to music what Steve Jobs was to technology. 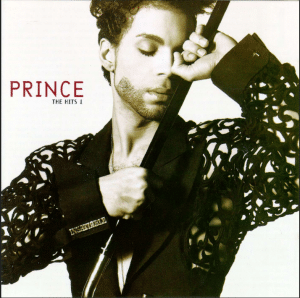 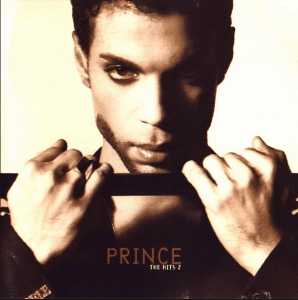 OK, on to Prince, the person. I first met Prince in early 1991. Uncharacteristically, Prince had been open to feedback about his forthcoming album, Diamonds and Pearls, from Warner Bros. chairman Mo Ostin and president Lenny Waronker (himself a legendary record producer) and I believe sr. vp’s of a&r Benny Medina and Michael Ostin.  When finished, many at the label felt it had great potential.

I was WB’s new senior vp of creative services, responsible for the art department and much of marketing, and when I saw Prince’s proposed album cover—a tight close up of his face, with two fingers in front of his lips, and his tongue sticking out between them, I thought it was kind of…ridiculous.

Since the album was a major priority for the company, I went to Mo and Lenny with my concerns. They suggested I have a meeting with Prince, and so Benny Medina, who worked closely with Prince, set one up. I was a major Prince fan, having seen him on Purple Rain tour and a few other times, and while I knew of his difficult reputation, figured ‘what have I got to lose?’ What followed was surely the most difficult meeting of my career.

Benny’s office was dark and sort of cave-like, with no windows. I entered to find Benny at his desk and Prince sitting in the middle of a couch, with the obvious spot for me a couch opposite Prince. There was no small talk, then or ever, with Prince. Benny got to the point, introducing me and telling Prince that I wasn’t particularly fond of his album cover concept.

Just as Benny finished delivering the bad news, there was a knock on the door, and Benny’s attorney stuck in his head. He needed Benny right away. Benny left, and I was alone with Prince, in full hair, makeup, and clothed like he was about to take the stage (as he always was), sitting about 5’ across from me, not particularly happy. In hindsight, I’m not sure anybody at Warners had ever offered up a negative opinion about his album artwork. He’d earned the right to call the shots, and expected to do so. But still, that photo was so…weird.

We had an hour or more of very difficult semi-conversation, mostly about what I thought he might do instead. Prince had enormous charisma, knew it, and knew how to use it. He also knew how to use silence and pauses in conversation to intimidate people, and he did a great job with me. I spoke respectfully and generally about why I thought a different image might be better. He glared. At one point, he asked with incredulity ‘What do you want me to do, wear overalls like R.E.M.?’ A bit later he said ‘Maybe I should have some clothes made for you’. I was wearing jeans and a button up shirt; he was wearing lime green skin-tight pants, high-heel boots, and a day-glo green, pin-striped, see-through shirt.

After one pause, he said ‘show me some album covers you’ve done.’ I ran upstairs to my office and collected about 20 cd’s I’d worked on, most from my previous job at A&M Records. He looked at each one, saying something dismissive about it, until near the bottom of the pile, he saw a holographic limited edition package I’d worked on for Suzanne Vega’s album Days of Open Hand (which I’d won an art direction Grammy for.) ‘Now this is great’ he said. Why can’t I have a hologram?’

Ah, finally a potential break. A few weeks earlier I’d met with a salesman for a company with a new, much less expensive hologram technology. I told Prince about it, and he perked up a bit. I promised to follow up and get back to him, and the meeting was over.

I pitched the hologram company’s rep –how would you like to introduce your new technology on Prince’s new album cover? Somehow, miraculously, we were able to pull it off, and Diamonds and Pearls was the first mass market CD with a holographic cover.

A few memories: We did a 4 hour hologram shoot at Studio Instrument Rentals (SIR) in Hollywood, where Prince and his two dancers, ‘Diamond’ and ‘Pearl’ sat on a small circular platform. After speaking to the holographer, he decided on an arm motion to perform while a motion picture camera on a dolly shot them in a 180 degree arc. Multiple takes were completed, with a lot of down time. I remember trying to make conversation (near impossible) and asking him about collaborating with Miles Davis (he was pretty dismissive.)

A few days later, I met him at a studio in Hollywood to watch video transfers of the various takes (each a few seconds long.) We chose one pretty quickly, and I was on my way. A few weeks later I got a ‘glass plate’ test hologram, which I thought looked great. Benny and I took it to Larrabee Studios, where Prince was recording. When he saw it, he loved it—and I think I detected a bit of a thaw. Progress!

Our next encounter was probably the highlight of my music business career. Benny and I went to see Prince at SIR, where he was rehearsing his band; I think it was to show him the first actual stamped hologram samples. He was very happy with what he saw, and asked what we were doing after we left. We said something to the extent of ‘going back to the office’, and he pointed to an old funky couch and suggested we sit down, alongside two Dutch journalists who were writing a story. We did, and Prince proceeded to rehearse his set, with full band, for about an hour, for the four of us. We were mabye 10 feet in front of him. It was the most extraordinary thing I’ve ever seen. As I reflect on it now, I think he may have been sort of saying ‘nice work on the hologram. Now take a look at what I can do’. 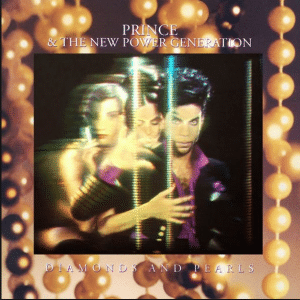 When he finally saw the finished album cover, he was thrilled and sent me this note. His assistant told mine that she’d never seen him send a thank you note, ever. I’d passed the test. 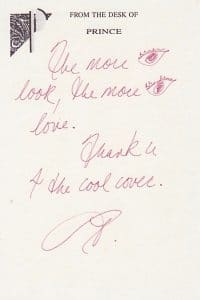 From then on, he never gave me any grief. That’s not to say it was always easy. But as we continued to work together, I understood that Prince was driven by a relentless pursuit of perfection. He knew exactly what he wanted. He did things his own way, and that worked for him. The word “no” didn’t exist in Prince’s world. If you told him ‘no’, he’d move on and find somebody else who would give him a ‘yes’. The absolute worst thing you could say to him is “but everybody else does it this way.” 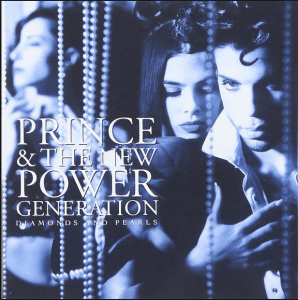 The alternate Diamonds and Pearls cover, done for international vinyl use. 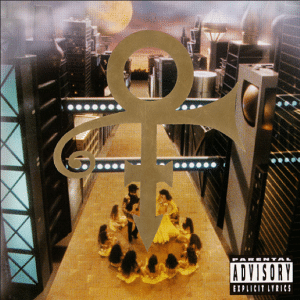 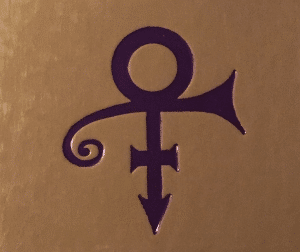 Prince knew exactly how talented he was, had supreme self-confidence, and saw no reason to settle for anything less than his vision. And you had to respect him for it. Nobody worked harder than Prince. He was a perpetual motion machine, exploding with creativity.

When Prince died, I called Joel Bernstein, who was much closer to Prince than I was. He too was in shock, but said something that really stuck with me. We were talking about how tragic it was that he passed on at such a young age. Joel said something to the effect of yes, it’s true, but Prince crammed three lifetimes into those 57 years. So true, so true.

I’ll be writing more about my experiences with Prince, so watch this space.

*all album covers done with my friends and co-workers Tom Recchion and Greg Ross.

Great stories…i’ve heard more personal stories on Prince since his passing than I have collected in 30+ years as a fan. From his virtuoso playing on diff instruments, to his secret humanatarian deeds to these wonderful stories of odd/eccentric exchanges. I love them all……i am waiting for more.

Jeff, thank you for this wonderful story!!!! One for the ages!!!

I’ve always wondered what it would be like to be in a business meeting with Prince. GREAT description!

Thankyou for the insight of Prince.Great story and would love to hear more.What an experience to be sitting across from him in all his glory . I’m going to open my mind and absorb as much information of this master piece God had create and let us enjoy ,until He called him home.

Jeff, that was an amazing read. I knew some of your story of Prince but not in this detail. Looking forward to more!