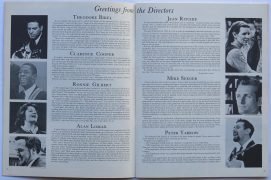 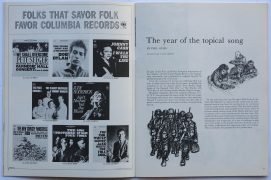 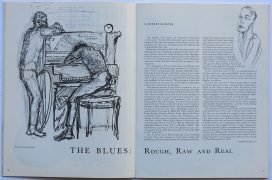 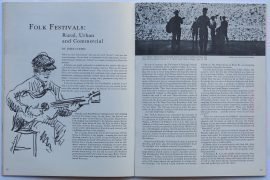 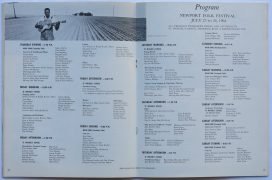 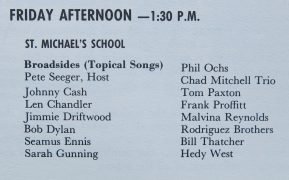 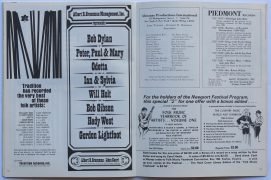 An original program for the 1964 Newport Folk Festival, in Newport, R.I.  Though Bob Dylan appeared three different times during this Festival, it wasn’t until the next year, when he “went electric” at Newport, that he became a true star.
This 50 page program is filled with great essays, photos, biographies of every act who appeared, a schedule of performance, and classic advertisements.  It features a biography of Dylan, notes two of his three appearances (he also appeared during Joan Baez’s set) and he is included in ads placed by Columbia Records, manager Albert Grossman, and ad for a Carnegie Hall concert he headlined.