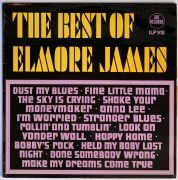 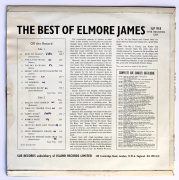 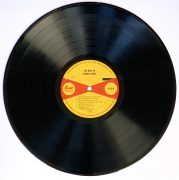 A 1965 UK first pressing of The Best of Elmore James on Sue Records, from the legendary collection of Rolling Stones bassist Bill Wyman.  This album has Wyman’s handwritten date notations on the back cover.

Bill Wyman wrote in his autobiography Stone Alone “I discovered Elmore James…and the earth seemed to shudder on its axis.”  Stones founder Brian Jones was so taken with Elmore James that he adopted Elmo Lewis as his first professional name. The Stones played a number of Elmore James songs during the 1960s, including “Dust My Broom,” “Happy Home,” “Blues Before Sunrise,” and “Look on Yonder Wall”  (three of which appear on this album.). In fact the set list for the first “Rollin’ Stones” show at London’s Marquee Club included “Dust My Broom.”

The cover is EX+, the disc is in VG++ condition.

With a copy of the original auction house descriptive card, and Recordmecca’s written lifetime guarantee of authenticity, signed by Jeff Gold, who has consulted for Bill Wyman.

An extraordinary opportunity to own an Elmore James album from the collection of a Rolling Stone.