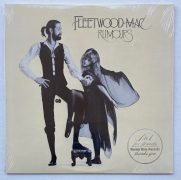 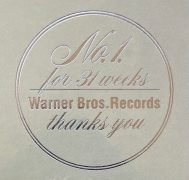 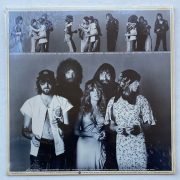 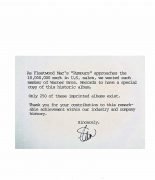 A factory sealed, mint condition example of the ultra rare 1977 commemorative silver stamped edition of Fleetwood Mac’s Rumors.  Only 250 of these LP’s were made, for distribution to Warner Bros. Records employees, in recognition of the role they played in making this album one of the biggest selling records of all time.

Recordmecca’s Jeff Gold is a former Senior Vice President/General Manager of Warner Bros. Records, and obtained this from the collection of a former co-worker.  He has written the accompanying letter of authenticity on his old Warner Bros. stationery, which reads:

To whom it may concern:

This is to authenticate a factory sealed, limited-edition promotional issue of Fleetwood Mac’s album Rumours, stamped in silver foil on the front cover “No. 1 for 31 weeks/Warner Bros. Records thanks you”.

Some examples of this were sent out with a letter from Stan Cornyn of Warners, a copy of which is included here, which read “As Fleetwood Mac’s “Rumours” approaches the 10,000,000 mark in U.S. sales, we wanted each member of Warner Bros. Records to have a special copy of this historic album.  Only 250 of these imprinted albums exist.  Thank you for your contribution to this remarkable achievement within our industry and company history.”

This copy was given to a very senior executive with very close ties to Fleetwood Mac, and we’re assuming it was presented personally, with no need for the letter.

We guarantee this to be authentic without time limit.  [signed] Jeffrey Gold

This example is in perfect, factory sealed condition, with square corners and no flaws. The shrink wrap is fully intact other than a 1 1/4″ split at the bottom.  With Jeff Gold’s letter of authenticity/lifetime guarantee, and a copy of the Stan Cornyn letter.