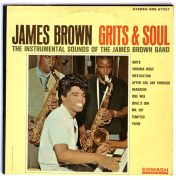 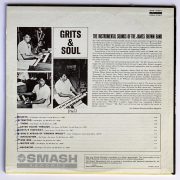 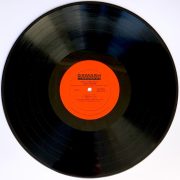 A first pressing of James Brown’s album Grits & Soul, from the legendary collection of Rolling Stones bassist Bill Wyman.  This album has Wyman’s handwritten notations on the back cover.

Brown and the Stones are inextricably linked, not just because of the former’s massive influence on Mick Jagger.  They both performed as part of the 1964 concert and theatrical feature film the T.A.M.I. Show, which Wikipedia notes is particularly well known for James Brown and the Famous Flames’ performance, which features his legendary dance moves and explosive energy. In interviews, Keith Richards of the Rolling Stones has claimed that choosing to follow Brown and the Famous Flames was the worst mistake of their careers, because no matter how well they performed, they could not top him.

This album was released the same year as T.A.M.I. Show, despite Wyman’s 1965 notation (which might indicate when he purchsed it.)

Both cover and disc are in VG++ condition.

An extraordinary opportunity to own a James Brown album from the collection of a Rolling Stone.