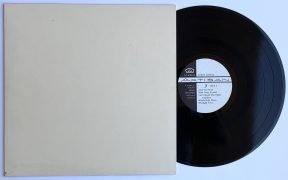 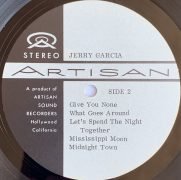 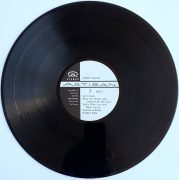 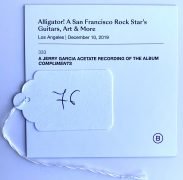 Garcia titled both his 1971 debut album and this, his 1974 second solo album, Garcia.  The second album soon became known as Compliments, from a “Complements of” sticker put on promotional copies.  This acetate has the same lineup as the released version, but sounds as if it might be a slightly different EQ.  Two of the titles are slightly different than on the commercial version: “Turn on the Bright Lights” is titled “Bright Lights”, and “He Ain’t Give You None” is titled “Give You None”,

The stereo disc is in Near Mint condition and sounds fantastic, having been cut directly from the mater tape.

An extraordinary opportunity to own one of Jerry Garcia’s own acetates from his personal record collection. With the original auction house exhibition card and tag, a letter from Bonhams confirming the provenance, and Recordmecca’s written lifetime guarantee of authenticity.