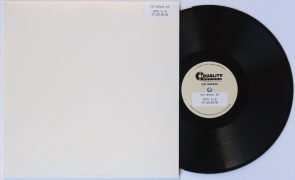 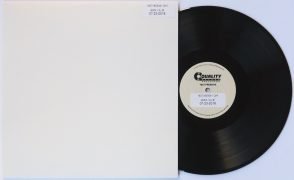 Two beautiful Mint condition test pressings of The Jimi Hendrix Experience’s concert at the Hollywood Bowl on September 14, 1968, issued for the first time this year as part of the Electric Ladyland Deluxe Edition 50th Anniversary box set.  These audiophile quality discs were pressed at Quality Records Pressing of Salina Kansas, and are in Mint condition and show no sign of wear.  Recordmecca’s Jeff Gold was involved in the issue of this historic box set, and received these test pressings while the box was being put together.