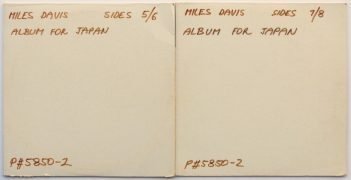 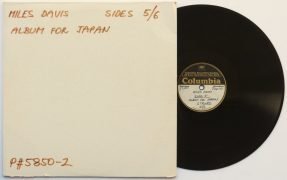 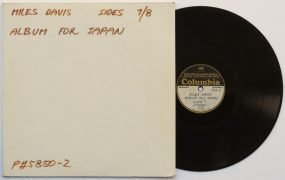 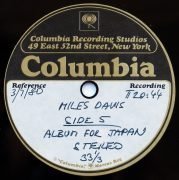 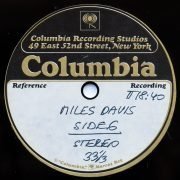 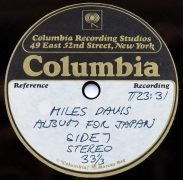 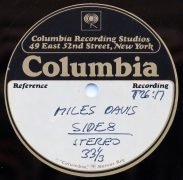 Fishel told us his previous compilation of unreleased Miles tracks, Circle in the Round (1979),  sold so well in Japan that Columbia’s Japanese company, CBS-Sony, asked for another similar album. Fishel and co-producer Joe McEwen explored the remaining unreleased electric Miles recordings in Columbia’s vaults, selecting the best material with Miles’ engineer Stan Tonkel.  They mixed and compiled the music on these sides, and circulated the music to Miles Davis and other Columbia executives, for their comments and approval.

After Davis and the other Columbia executives signed off, Fishel and McEwen compiled the 2 LP set Directions using what they felt were the best tracks.  This left the nearly 40 minutes of excellent unused, unreleased electric era Miles material on these discs (the tracks aren’t recognized by the Shazam app, indicating they have never even been been bootlegged).

Below is a breakdown of the music on the four sides, with the unreleased music underlined and in italics.  Any slight differences in timings are a result of slight mix differences.:

The discs are housed in their original generic sleeves, titled “Miles Davis/Album for Japan” and with the Columbia Records project number, P#5850-2.  The acetates are labeled Sides 5/6 and 7/8 (we don’t have the Sides 1/2 and 3/4 acetates, which contained music that was released.)

NOTE: THESE ACETATES ARE OFFERED AS COLLECTIBLE ARTIFACTS ONLY.  ALL RIGHTS TO THE MUSIC CONTAINED ON THEM REMAIN THE PROPERTY OF THE COPYRIGHT HOLDER(S).