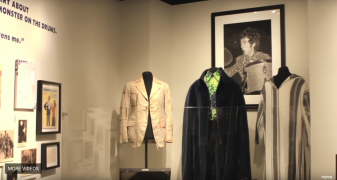 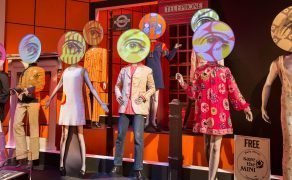 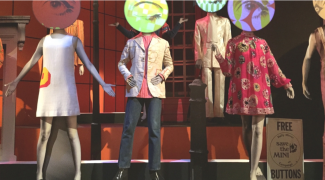 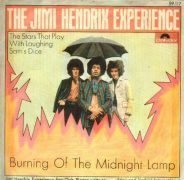 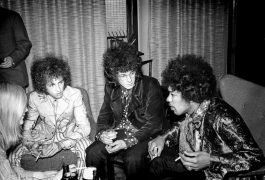 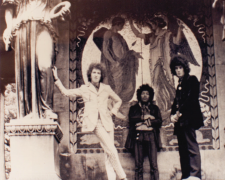 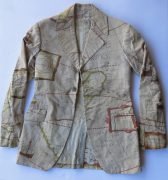 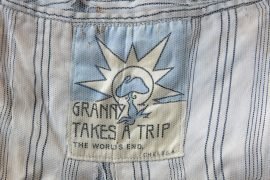 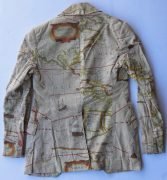 Mitch Mitchell’s legendary “map jacket”, owned and worn extensively by the Jimi Hendrix Experience drummer during his time with Hendrix.

Made by celebrated London clothier Granny Takes a Trip (probably for Mitchell), this jacket was exhibited at Seattle’s Experience Music Project (now Museum of Pop Culture) as part of their 2015-2016 exhibition Hear My Train A’Comin: Hendrix Hits London (see first photo here, and the 27 second mark in the exhibition video, here), and at London’s Victoria and Albert Museum as part of their 2016-2017 exhibition You Say You Want a Revolution: Records and Rebels 1966-1970  (later photos).  Mitchell was photographed in the jacket numerous times, and can be seen wearing it on various European picture sleeves for “Burning of the Midnight Lamp”.

The jacket was sold at auction by Mitchell’s widow, Dee Mitchell.  It is in well worn but in good condition, however the interior lining has numerous tears and has been professionally restored for exhibition (as the restoration was done with netting to preserve the original lining, and was meant for display, we would strongly recommend against wearing it).  The bottom button is missing.

A truly one-of-a-kind artifact from rock’s greatest drummer (in our opinion), from his peak time with the Jimi Hendrix Experience.

With Recordmecca’s written lifetime guarantee of authenticity noting the provenance, and digital copies of the Experience Music Project and Victoria and Albert exhibition photos.