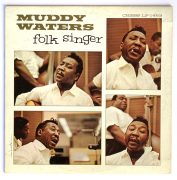 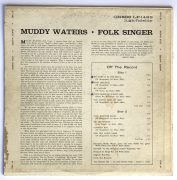 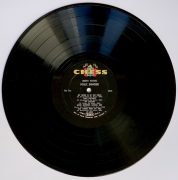 A mid-60s copy of Muddy Waters album Folk Singer, from the legendary collection of Rolling Stones bassist Bill Wyman.  This album has Wyman’s handwritten notations on the back cover, and is pictured multiple times in Wyman’s book Bill Wyman’s Blues Odyssey.

Muddy Waters most famous contribution to the Rolling Stones is their name, taken from Waters’ 1950 song Rollin’ Stone Blues.  Waters was a major influence on the band as evidenced by the number of his songs the Stones covered on record and during live performances in the 1960s and 70s.  Bill Wyman was friends with Muddy Waters and put together a backing band for the blues giant’s 1974 Montreux Jazz Festival performance, later released as the album Drinkin’ TNT ‘n’ Smokin’ Dynamite.

The cover is VG+ with a bit of missing slick on the back cover, left edge; the disc is in VG+ condition.

An extraordinary opportunity to own a Muddy Waters album from the collection of a Rolling Stone.