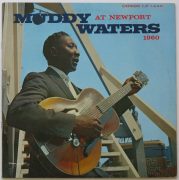 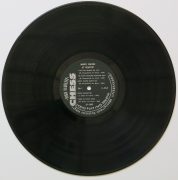 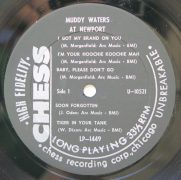 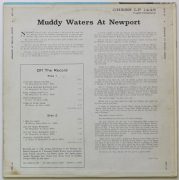 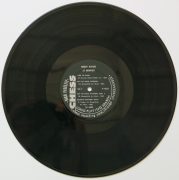 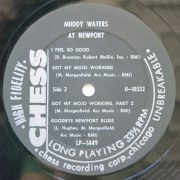 A first pressing black label copy of Muddy Waters at Newport, from the legendary collection of Rolling Stones bassist Bill Wyman.  Waters was one of the Rolling Stones greatest influences, and this exact album is pictured on page 203 of Wyman’s book Bill Wyman’s Blues Odyssey (see photos for illustration only.)

As the accompanying copy of the Juliens descriptive card notes, “Muddy Waters most famous contribution to the Rolling Stones is their name.  When asked for the name of the band, when they filled in for Alexis Korner at the Marquee Club in July of 1962, Brian Jones said “Rollin’ Stones” taken from the Muddy Waters 1950 single “Rollin’ Stone Blues,” according to Wyman’s autobiography Stone Alone.  Waters was a major influence on the band as evidenced by the number of songs the Stones covered during live performances in the 1960s and 1970s.  They included their six minute version of “Mannish Boy,” recorded live at El Mocambo Tavern in Toronto, on their 1977 Love You Live album.  They covered “I Just Want To Make Love To You” on their 1964 self-titled debut album.  Wyman put together a backing band to support Waters at the 1974 Montreux Jazz Festival, and later released the performance as the live album Drinkin’ TNT ‘n’ Smokin’ Dynamite.

The cover is in NM- condition, with some minor aging to the back, but overall very clean.  The black label disc is in NM- to EX++ on one side, and NM on the other.  It plays beautifully.

An extraordinary opportunity to own a Muddy Waters album from the collection of a Rolling Stone.