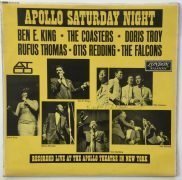 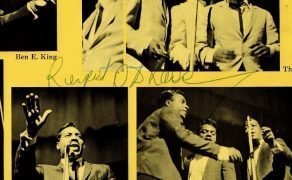 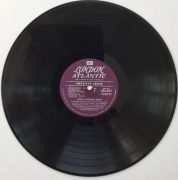 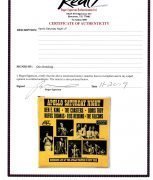 A 1964 UK first pressing of the album Apollo Saturday Night, signed boldly “Respect, Otis Redding” by the soul giant.  Redding’s signature is in blue ballpoint pen, directly above his photograph.

The laminated front album cover is in Excellent condition, and the disc is Near Mint-.

Otis Redding signed albums are extremely scarce, as he died at age 26 in 1967.  This autograph has been authenticated by music autograph expert Roger Epperson; his Certificate of Authenticity is included, as is Recordmecca’s written lifetime guarantee of authenticity.