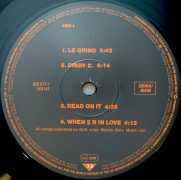 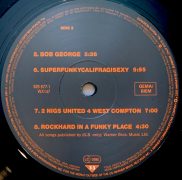 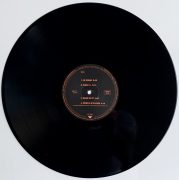 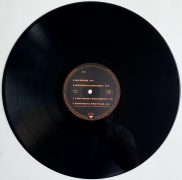 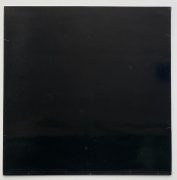 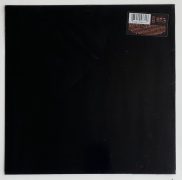 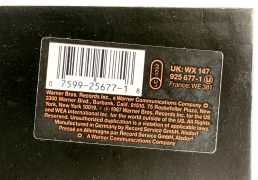 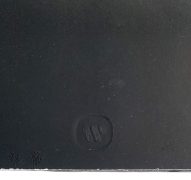 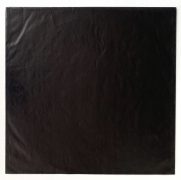 An exceedingly rare 1987 German first pressing LP of Prince’s legendary The Black Album. Scheduled for release by Warner Bros. Records on December 8, 1987, Prince cancelled The Black Album one week before its release date, and at his direction more than 500,000 copies were destroyed, on cd, cassette and LP.

According to the comprehensive website The Black Album Info, “Of the 500,000 German copies known to have been pressed, around 50 records are likely to have escaped destruction.”  This is one of those ultra-rare copies, obtained from a former European record executive. (The Black Album is one of the most bootlegged albums of all time).

Recordmecca’s Jeff Gold is a former Warner Bros. Records executive vice president/general manager who worked closely with Prince.  He has located and sold a majority of the authentic copies of The Black Album to have surfaced, including five sealed copies owned by a former Warner Bros. executive (the last of which sold in 2018 for $42,298.) and the only known Canadian Black Album (which sold for $27,500.)

The Story of The Black Album

Prince desire to rush release an album in December 1987 aroused much controversy at his label, Warner Bros. Records.  Traditionally labels didn’t release records in December, when it was near impossible to get attention for a new release. Additionally, Prince wanted it to be a surprise release, with no advertising, marketing, or even a single released to let people know he had a new album coming. But most controversial was Prince’s insistence that his name be found nowhere on the album, and his refusal to give the record a title. And he wanted to release his album in an all-black album cover, with no writing. At the time, there was no precedent for a surprise release by a major artist, nor one without an artist’s name or a title on the cover.

While this gave the company great pause, Prince had major clout as a superstar artist, and so the album (which didn’t have an official title, but was dubbed The Black Album because of its all black cover) was added to the release schedule. It was explained to Prince that the album at the very least needed to have the catalog number on it, so he agreed to have that alone printed on the cover and spine. Warner’s further explained the album absolutely needed a bar code, or retailers wouldn’t stock it. As a compromise, a sticker was on the back cover.

Because this was a highly unusual, essentially secret release, and Warner Bros. was concerned about leaks to radio, security was kept very tight at the pressing plants, which manufactured approximately 500,000 copies, split between cd’s, cassettes, and vinyl LP’s.

And then, a week before it went on sale, Prince changed his mind.

According to Wikipedia The album was abandoned shortly before its intended release after Prince experienced a spiritual epiphany and became convinced it was “evil”; he later blamed the album on an entity named Spooky Electric, described as a demonic, low-voiced alter-ego induced by Camille. The decision may have been influenced by Prince’s having a bad experience on MDMA.

Half a million copies had been manufactured in the United States, with more in Germany, for all European markets. But Prince was insistent—The Black Album could not come out, under any circumstances. What followed was one of the great about-faces in music industry history. All copies of The Black Album were recalled, around the world. One executive remembers a senior vice president going from office to office in the Warner Bros. Burbank headquarters, collecting the few advance cd’s that had been circulated. The head of production personally called all the manufacturing plants, insisting that every single copy be secured, and destroyed. Fortunately the albums had not yet shipped from the manufacturing plants to the distribution branches, which made the job a lot easier. One executive involved called it “an ‘I told you so’ moment…stupid from the beginning”. As Prince had called it off, he paid for the destroyed albums.

Wikipedia notes: Immediately after the decision to pull The Black Album from stores, the album emerged on the streets in bootleg form, arguably becoming popular music’s most legendary bootleg since The Beach Boys’ aborted 1967 album Smile. Several celebrities, including U2’s frontmen The Edge and Bono cited it as one of their favorite albums of 1988 (Rolling Stone magazine celebrity poll).

The Black Album is perhaps the most bootlegged album of all time, with extremely convincing European counterfeit copies confusing many collectors.  This authentic copy has all of the hallmarks necessary to confirm it is an authentic original German Black Album:

The disc on this copy plays virtually Mint with no issues at all, and is visually in EX-/VG++ condition.  It is very shiny, but there are numerous superficial scuffs from being stored outside the innersleeve.  The labels are in excellent condition.

The album cover is in EX condition, with minor scuffing to the delicate black surface coating.  The sticker is in excellent condition, and the embossed “W” clear.  The all-black custom innersleeve is in VG+ condition with some creasing and splits on two sides, easily repaired if you wish.

In 1994, Prince finally agreed to permit Warner Bros. to release The Black Album as a strictly limited edition, available only from November 1994 through January 1995, on cassette and cd in the US, and additionally on LP in Europe.  The marketing for this release, which had a different catalog number, 1-457933, was overseen by Recordmecca’s Jeff Gold.  The copy offered here, however, is a genuine 1987 first pressing.

An extraordinary opportunity to obtain a very rare and desirable Prince Collectible.  With Recordmecca’s written lifetime guarantee of authenticity, signed by Jeff Gold.