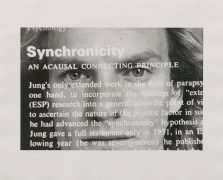 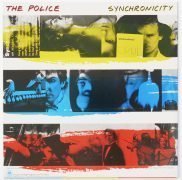 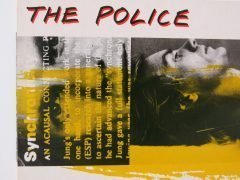 An original photograph of Sting by famed photographer Duane Michaels, used on the cover of The Police’s album Synchronicity.  This is the actual print used to produce the album cover.

We acquired this from legendary record executive Jeff Ayeroff, who writes in the accompanying letter of authenticity:

The photograph appears on the back cover in the top row of photographs, and is the exact print used to make the album cover.

Duane Michaels is an acclaimed fine art photographer who has been the subject of solo exhibitions at the Museum of Modern Art, Carnegie Museum of Art and the International Center for Photograph, and has been honored by the National Arts Club and Royal Photography Society.