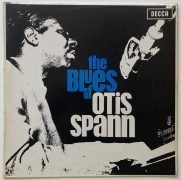 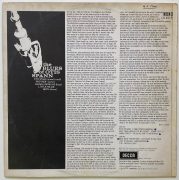 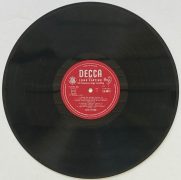 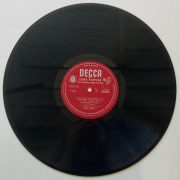 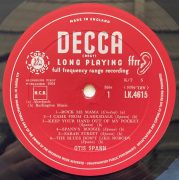 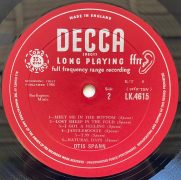 A UK first pressing of The Blues of Otis Spann (with Muddy Waters) from the legendary collection of Rolling Stones bassist Bill Wyman.  This classic blues album features Waters performing on guitar as “Brother” alongside his legendary pianist, Otis Spann, and Waters band members Ransom Knowling (bass) and Little Willie Smith (drums).  Waters was one of the Rolling Stones greatest influences.

As the accompanying copy of the Juliens descriptive card notes, “Muddy Waters most famous contribution to the Rolling Stones is their name.  When asked for the name of the band, when they filled in for Alexis Korner at the Marquee Club in July of 1962, Brian Jones said “Rollin’ Stones” taken from the Muddy Waters 1950 single “Rollin’ Stone Blues,” according to Wyman’s autobiography Stone Alone.  Waters was a major influence on the band as evidenced by the number of songs the Stones covered during live performances in the 1960s and 1970s.  They included their six minute version of “Mannish Boy,” recorded live at El Mocambo Tavern in Toronto, on their 1977 Love You Live album.  They covered “I Just Want To Make Love To You” on their 1964 self-titled debut album.  Wyman put together a backing band to support Waters at the 1974 Montreux Jazz Festival, and later released the performance as the live album Drinkin’ TNT ‘n’ Smokin’ Dynamite.

The cover is in EX to VG++ condition, and features Bill Wyman’s handwritten notes on the back cover: he has dated it 4.5.1964 (probably the date he acquired it) and starred specific tracks he liked best. The deep groove red label disc is in EX+ / VG++ condition and plays great.

An extraordinary opportunity to own an Otis Spann/Muddy Waters album from the collection of a Rolling Stone.