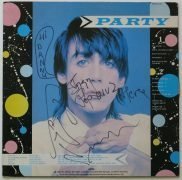 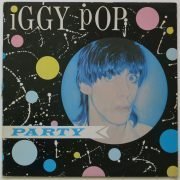 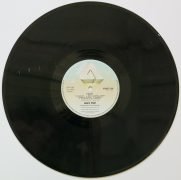 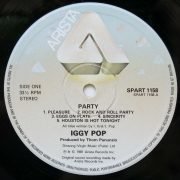 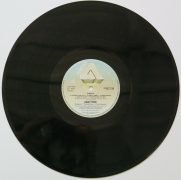 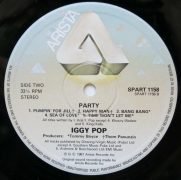 Pop has signed “Hi Danny, Iggy Pop Wuz Here” adding a scribbled drawing.  We obtained this directly from Sugarman’s widow, Fawn Hall, and the extraordinary provenance will be noted in our written lifetime guarantee of authenticity.

Danny Sugerman met and began working for The Doors at the remarkably young age of 13, first handling their fan mail and organizing their clippings and scrapbook, and later writing press releases.  He was close to Jim Morrison, and after Morrison’s death, became Ray Manzarek’s manager, then Iggy Pop’s manager, and then manager of The Doors, overseeing their catalog releases and legacy.

Sugerman wrote several books about Jim Morrison and The Doors, including the bestselling Morrison biography No One Here Gets Out Alive (co-written with Jerry Hopkins), The Doors: The Illustrated History, and his Doors-heavy autobiography Wonderland Avenue, where he writes about his adventures with Iggy. He was also a consultant to Oliver Stone for the film The Doors.

The cover is in EX to VG++ condition, with a 1 1/2″ spine split and some minor handling.  The disc is scuffed and in about Very Good/Good condition.

Recordmecca’s Jeff Gold is the author of Total Chaos: The Story of The Stooges/As Told by Iggy Pop.  His letter of authenticity and lifetime guarantee accompanies this album.